I read and left a copy of this letter to the federal panel in Vancouver BC, seeking feedback on the Kinder Morgan TMX project. It is part of some of the last meetings where the public can voice their opinions on this project.

I’m Billie Pierre, and I’m from the Nlaka’Pamux Nation. I’m writing this letter in direct opposition to Kinder Morgan’s proposal to double their existing Trans Mountain pipeline through our unceded territory through Merritt BC, and the mountains west onwards towards “Hope BC”. Our Nlaka’Pamux ancestors have upheld our sovereignty and Aboriginal Title over our traditional territory in the Declaration of the Shuswap, Thompson and Okanagan Tribes in 1910, The Interior Tribes of BC 1914, and in 1982, during the Constitution Act amendments, we stood as the Nlaka’Pamux Nation, not individual bands and tribal councils, upholding our Aboriginal Title and rights to our traditional territory.

The 2013 oil leaks that occurred along the Trans Mountain Pipeline between Merritt and Hope BC; the massive oil spills in the Fraser Valley and lower mainland, including the oil spill in Burnaby BC July 2007, are reminders of the threat that the Trans Mountain Pipeline already poses on our territory. There is no reason for us to allow this project to double in size, and potential for environmental devastation on our land.

Lastly, it’s important to acknowledge that the oil products that are being sent along the Trans Mountain Pipeline are going to the US, specifically the US military. That over half of Alberta’s tar sands oil goes to the U.S, that Canada is the single largest foreign supplier of oil to the United States and that the U.S. Department of Defense is the world’s leading single buyer and consumer of oil.

The US is responsible directly and indirectly for human rights abuses around the globe. Also, historically, our people south of the colonial Canada/US border have suffered under the US government, and most of the genocidal acts Canada has committed against our people on the north side of this border, were learned from the US. We have no reason to support the US military. 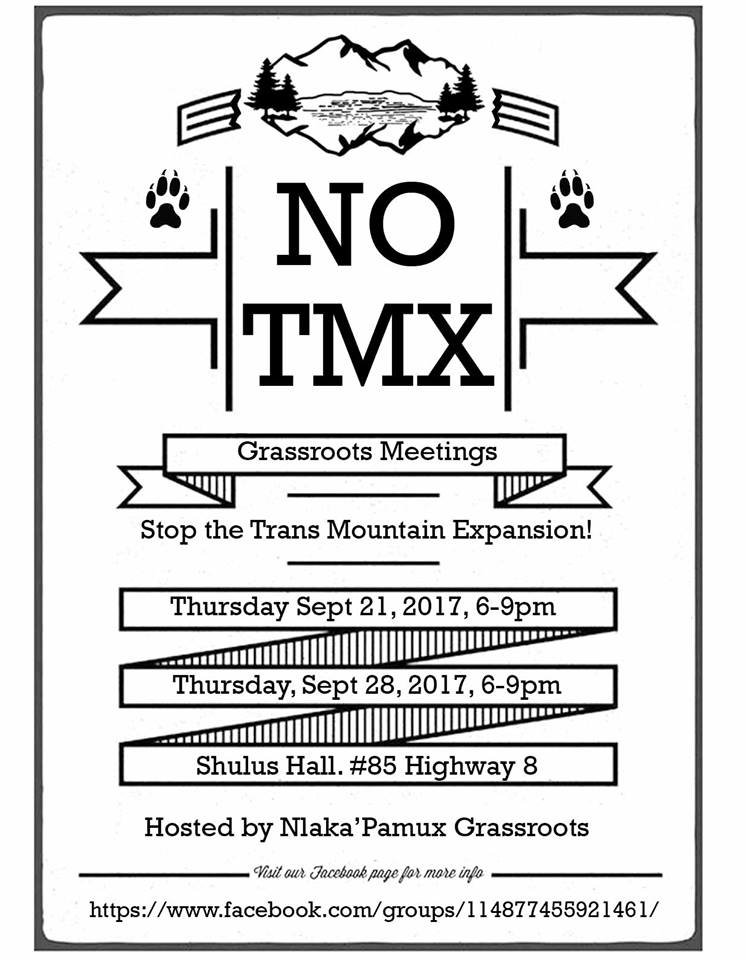